Another leak for the AMD RX 6600 XT has arrived. This time, an image has leaked which shows the design of the upcoming graphics card. The image shows the render of the RX 6600 XT graphic card, which has a single fan cooler design. The design looks very similar to the one already presented by AMD at CES 2021.

However, recently, information about the RX 6600 XT has started to appear online. And the new image, posted by Videocardz, shows a small graphics card, thought to be the RX 6600 XT, in Mini-ITX form factor equipped with a single 8-pin power connector. It features a black and silver design with a red accent on the side, just as the rest of the RDNA2 lineup. 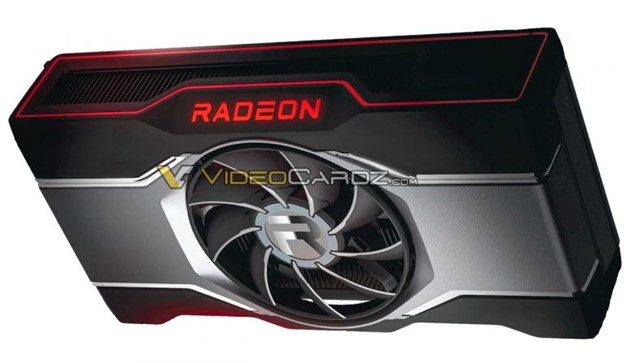 Currently, not much is known about the desktop Radeon RX 6600 series at this point. However, we have seen some leaks from the regulatory office of the Eurasian Economic Commission. At least two AMD board partners anticipate that the RX 6600 XT will come with 8GB of GDDR6 RAM. The non-XT variant’s configuration is unknown, however, based on the Navi 23 GPU setup, it will most likely be 4GB or 8GB.

The AMD Navi 23 GPU is the most recent member of the RDNA2 GPU family. This GPU has a 128-bit memory bus and up to 2048 Stream Processors. Tesla’s new infotainment system for the upgraded Model S also uses this GPU. We will have to wait for more information to see what AMD has in store with these new desktop GPUs.