Tic Toc Games has released the latest trailer for its upcoming co-op shmup title BARK which also reveals the release date of the title. According to the latest B.ARK trailer, the game is slated for release on July 29, 2021, and will release on Nintendo Switch and PC via Steam. A free demo for the title is now live on Steam and you can try it out to get a taste of the full game.

Check out the new release date trailer for B.ARK below:

B.ARK is a cartoon-inspired quest in which you choose one of the four fierce fighters and defend the planet Earth. The four fighters featured in the game include Barker the Dog, Felicity the Cat, Lucio the Bear, and Marv the Rabbit. Each of these fighters comes with their own unique mech with a special shot and ability. You can use the abilities to help out your friends or go on the maximum offense.

We grew up loving co-op games and space shooters. We want to deliver both an accessible yet frenetic shooter gameplay with characters you’ll love. 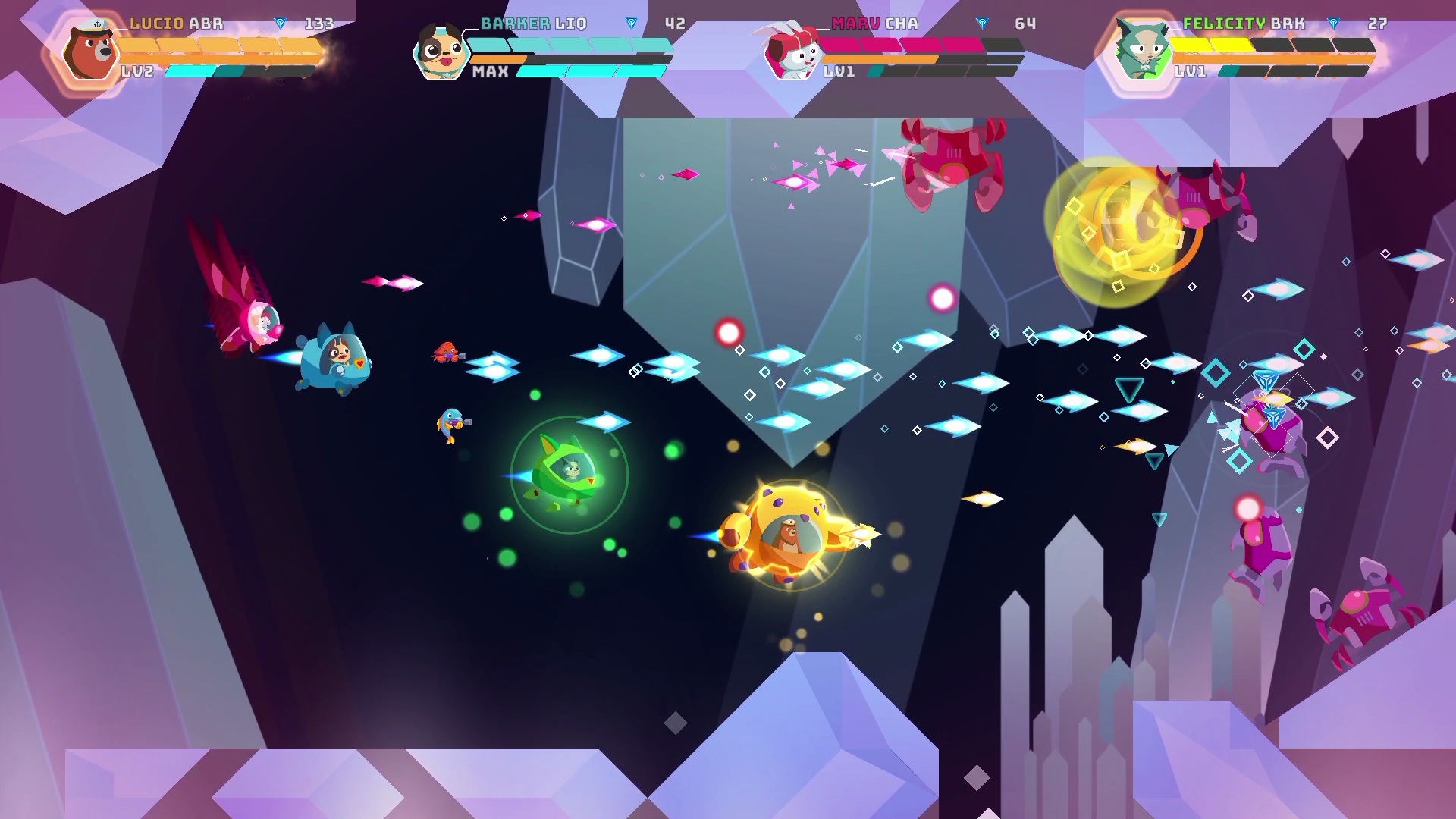 Tic Tok Games has been really quiet for a long time since the game’s initial reveal and last year when the game was announced during the Nintendo Indie World Showcase. After the initial reveal, the developer shared a monthly report during which we got to see the new characters coming to the game. Since then, the game has been in the shadows, and we are glad that now we finally have a release date for BARK. You can add the game to your Steam wishlist right now or jump in the free demo until the game comes out.

Are you looking forward to playing B.ARK when it comes out next month? Let us know in the comments section below.