Piranha Bytes revealed the sequel to the vintage open-world RPG series, Elex II. Along with the trailer for the game, we also got some details of the sequel and the Steam page with a few game descriptions.

The game is currently in development, but once ready, it will launch on PC, PlayStation 4, PlayStation 5, Xbox One, and Xbox Series X|S.

Check out the announcement trailer of Elex II below:

In this sequel to the vintage Open World RPG ELEX, Jax must once again unite the free people of the Science-Fantasy world of Magalan against a new threat – the Skyanides, who want to change the face of the planet forever.

Elex II brings you back to the post-apocalyptic science-fantasy world of Magalan, with massive environments that can be explored with unrivaled freedom with a jetpack, allowing you to move any way you want.

The events of the sequel though start several years after Hybrid was defeated by Jax. A new threat has now arrived from the sky which has unleashed the dangerous powers of Elex and endangered all life on the planet. You have to defend the peace on Magalan, and help Jax to go on a mission to convince the factions to unite against the invaders, and find his own son, Dex. 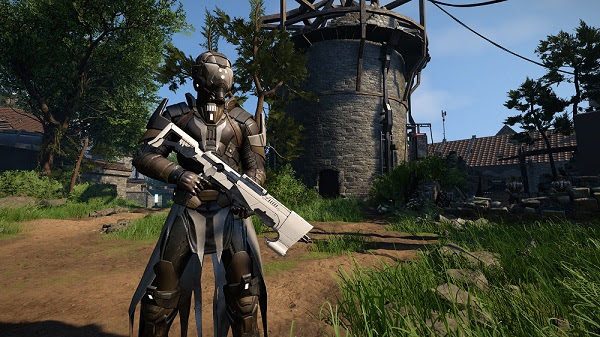 The game allows you to:

What do you think of Elex II? Post your comments below.

The post Elex II Will Be the Sequel in the Vintage Open World RPG Series appeared first on GamesHedge.