Home
/
Blog
/
Everything Announced at the Very First WitcherCon

On July 9th and 10th, CD Projekt Red and Netflix hosted the very first WitcherCon to celebrate The Witcher franchise worldwide. During the two-day event, we got to see numerous panels and new announcements relating to both The Witcher video game series as well as the Netflix series. If you missed the entire two-day event, we have listed everything that was hosted at the very first WitcherCon.

WitcherCon was streamed to both Twitch and YouTube in the form of two separate streams and both streams contained fun and eventful panels focused on various aspects of the world of The Witcher. Some of the highlights from these panels include the event Geralt of T-Rivia during which key creators from The Witcher series of games and The Witcher Netflix series competed to test their knowledge of The Witcher universe.

In Memories From the Path, developers from CD Projekt Red discussed how the digital stories of the games have been brought to life over the years before revisiting old memories together and reminiscing about the creation of the games. Both of the streams are linked below for your reference and all of the major announcements are detailed further below if you want to skip the streams and jump directly to the announcements.

CD Projekt Red also shed light on their expanded Witcher universe in The Witcher: Beyond Video games. This includes the upcoming comic book The Witcher: Ronin which is stylized in the manga form, and it tells an ancient-Japanese-inspired tale which casts Geralt as a monster-slaying Ronin on the hunt of the mythical Yuki Onna – the lady of Snow. A special hardback collector’s edition of The Witcher: Ronin will launch on Kickstarter soon as well.

Another major title showcased was The Witcher: Monster Slayer. It is releasing tomorrow on iOS and Android, and it allows you to become a Witcher yourself and fight monsters in AR. Apart from this, we also got to see the cast of The Witcher Netflix series at WitcherCon, Netflix also provided sneak peeks and updates regarding the second season of its hugely popular series and The Witcher: Nightmare of the Wolf anime. 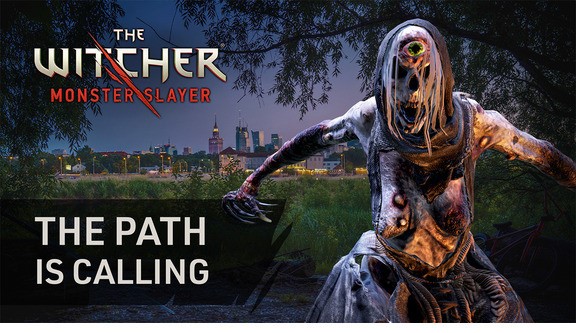 Which announcement, panel, or update was your favorite from the first-ever WitcherCon? Let us know in the comments section below.

The post Everything Announced at the Very First WitcherCon appeared first on GamesHedge.