Gran Turismo is one of the most iconic franchises of PlayStation and also one of the oldest ones on the platform. However, its PS4 release GT Sport was more of a half-baked title with a higher focus on eSports and multiplayer racing rather than the franchise’s traditional singleplayer Simulation mode. With the launch of the upcoming Gran Turismo 7, Polyphony Digital is all set to return the franchise to its roots with a dedicated singleplayer experience as well and we might be able to try it out soon in the form of a beta.

Before the launch of GT Sport on PS4, Polyphony Digital held a beta test for the game which allowed players to jump into a small portion of the game and test it out before the full version came out. It looks like Polyphony is planning on doing the same thing with Gran Turismo 7 as well however the beta test was accidentally leaked on the PlayStation website before it was officially launched or even announced by the developer. 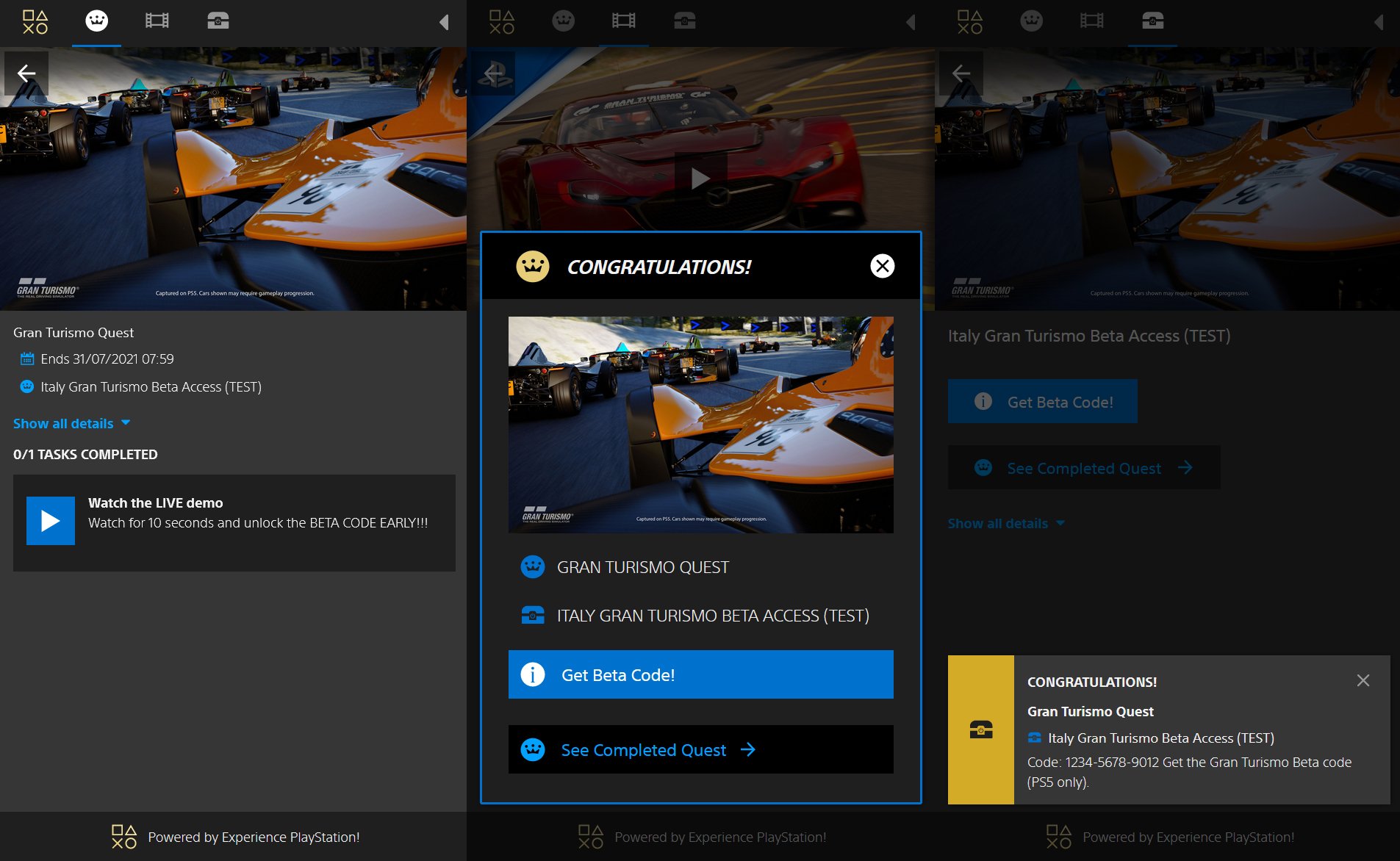 Naturally, the closed beta was removed from the website after it got leaked however it shows that the developer is planning to have a similar beta test for Gran Turismo 7 that will allow players to try out the game on the PS5 before the game officially launches. Gran Turismo 7 was earlier pushed into 2022 from its initial 2021 release window announcement so Polyphony Digital has plenty of time to give players a small taste of the title in the form of a beta test.

The current Gran Turismo 7 beta test appeared to be for Italy and players were able to generate a dummy code by completing a quest which was simply to watch the launch trailer of the game. The beta test code was obviously just a placeholder and players were unable to redeem it on their stores after generating the code. We will have to wait and see when Polyphony Digital officially announces and holds a beta test for the title.

Would you like to try out Gran Turismo 7 before its official launch? Let us know in the comments section below.

The post Gran Turismo 7 Beta Pops Up Before Being Taken Down appeared first on GamesHedge.