Nintendo Wii U owners will get to boot up their consoles as SturmFront The Mutant War: Ubel Edition launches on the Wii U this week on 2nd July. Red Art Games had previously announced the launch on the game on the old Nintendo console, and it is now going to become reality when it will finally be available for play.

SturmFront The Mutant War is an enhanced version of the original bullet-hell arcade-inspired classic. The game features more content, enhanced gameplay, improved graphics, and more blood. Players interested in the game can purchase it digitally from Red Art Games.

SturmFront The Mutant War is set in the year 1984 of what is the end of the world. A great plague, wrought by human hands, devoured all known life and puked forth a new and foreign kind of creature: the mutants. The evils that escaped this Pandora’s box, still loyal to the alien genes within their flesh, could not be controlled by humans.

You will play as Siegfried von Hammerstein, a unique semi-organic battle unit whose purpose is to exist to kill and destroy. Dr. Hartmuth Griesgram is an eccentric but heartbroken scientist responsible for the creation of synthetic humans. His last attempt to activate the human manufactory is to unleash his ultimate creation, a flawless cyborg engineered for war. 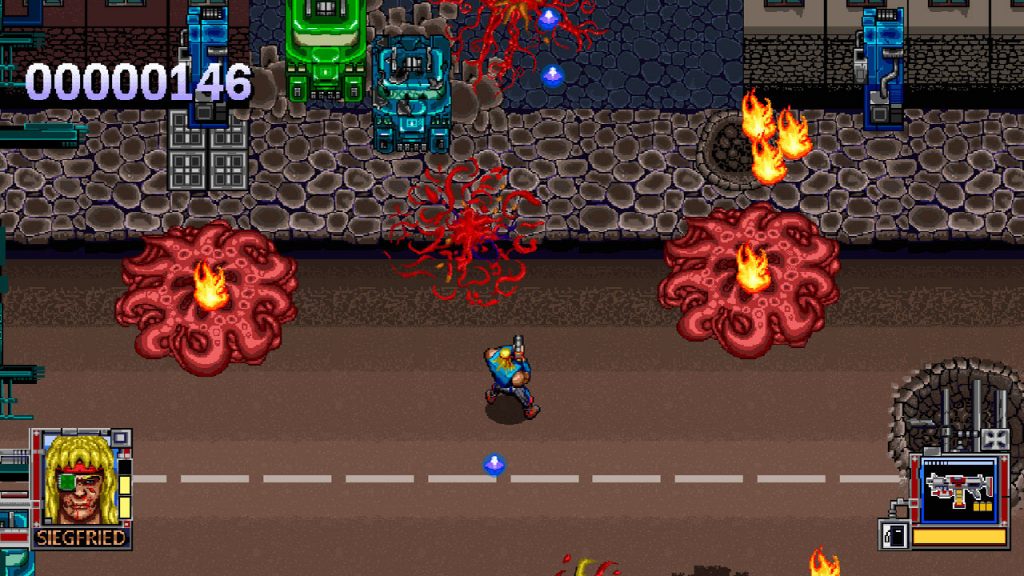 The Nintendo Wii U is not the only old console getting the SturmFront The Mutant War, as Red Art Games will also launch it on the PS Vita. If you have either of the consoles stored up in one of your classic collections, you might want to charge them up to run the new game.

The post Purge Mutants With your Flamethrower in SturmFront The Mutant War on Nintendo Wii U appeared first on GamesHedge.