Indie publisher Ratalaika Games and developer Ametist Studio have announced the release date of their upcoming retro ninja action game, Within the Blade. The game is set to release next month on 16th July on the PlayStation, Xbox, and Nintendo Switch.

The game is renamed from a highly acclaimed PC release, where it got great reviews on the PC Steam community. The console release of the game will now let players try it out on their favorite console.

A Japanese Daime named Mamoru Imai summons demons to join his army, but darkness takes over his body and demons wreak havoc in the country. The player starts in the village “Black Lotus” and sensei sends him on the next mission. After each mission, the player returns to the village (Hub location) and here the player can take a break, craft, trade, inventory management, Sensei can learn new skills and get a new task.

Within the Blade can be best described as a platformer with stealth elements not forgetting a quantity of RPG elements. The game has many unique features that offer detailed pixel art animations, ninjas galore fighting, weapons and crafting, and a ton of challenges that will entice the best of players. In addition, elements such as random level generation, crafting, skill trees are all part of the game. 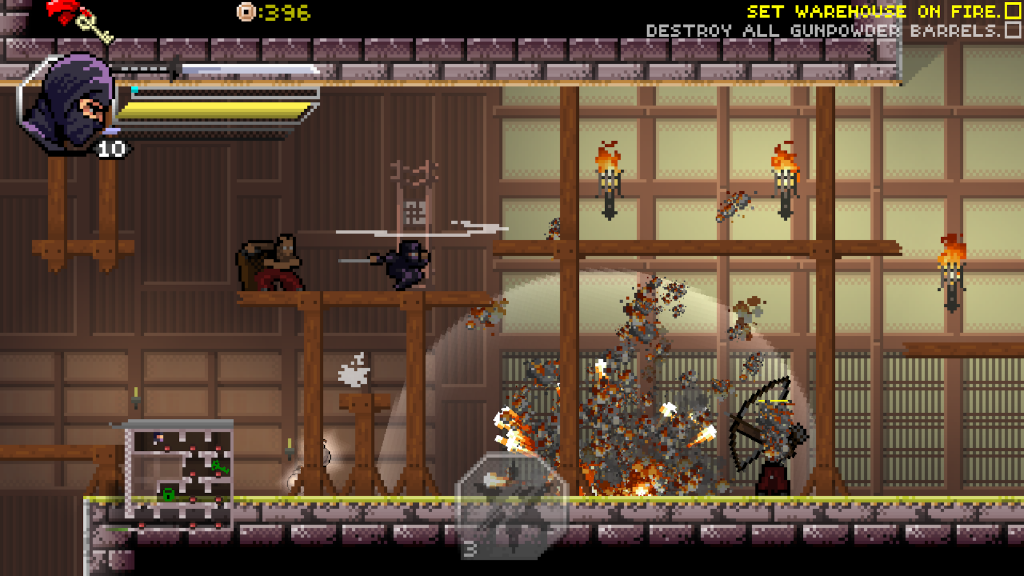 In Within the Blade, you will have to complete the eventful and compelling challenges by traversing through 5 different game actions. Each of these acts contains 5 levels, along with some fearsome and confrontational bosses. The main aim is to complete the 25 levels by defeating all the bosses. Along with the main objective of fighting, surviving, and getting better, each level has additional tasks that you can complete to earn more XP and money.

What do you think of Within the Blade? Post your comments below.

The post Retro Ninja Action Game Within the Blade Launching on Consoles Next Month appeared first on GamesHedge.