Apart from new gear, the Volcanoids Customization Update also brings the ability to customize your drillship in the game. Another new mechanic is the increased timing for volcanic activity to retain on the island. Now when the players remerge on the island after the volcano erupts, players will find that the island is still covered in ash and embers while the machine enemies are also on the lookout for them.

Drillship customization includes the ability to customize the drillships with new colors, drill heads, and even new decals. Some of the content creators also received special custom in-game decals so they can look out for them while they are out, exploring the islands. Melee combat players will be glad to know that additional melee weapons have also found their way into the game such as the new Saw Gauntlet.

The Saw Gauntlet will allow players to get up close and personal with hostile enemies and machines. A new flashlight tool will allow you to light up the dark places and even find your way through the dark as clouds that will be a common occurrence in the game now. Additional drillship devices have also been added to the game such as healing devices, item dispensers, and turret control stations. 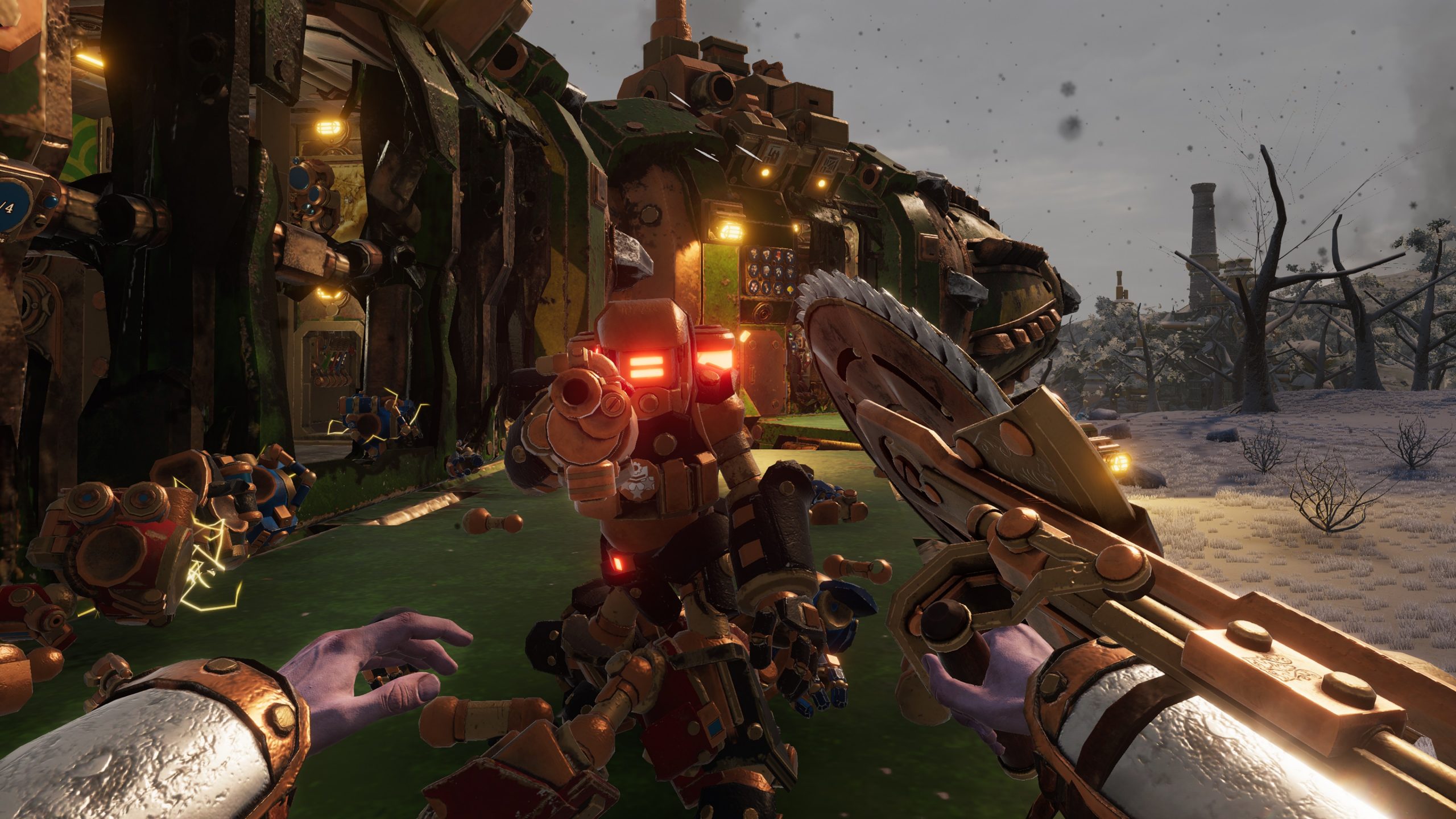 Volcanoids is currently available in Early Access on Steam and players can jump in the game right now and help out developers with the game development with their feedback. Some of the content in every update is based on fan feedback to the developers who are actively listening to their fans. We earlier reviewed the co-op update for Volcanoids so make sure that you check it out.

Are you looking forward to jumping back in Volcanoids to try out the new Customization update? Let us know in the comments section below.